Honoring Ceremony for students of faculty of Engineering Mechatronics Department 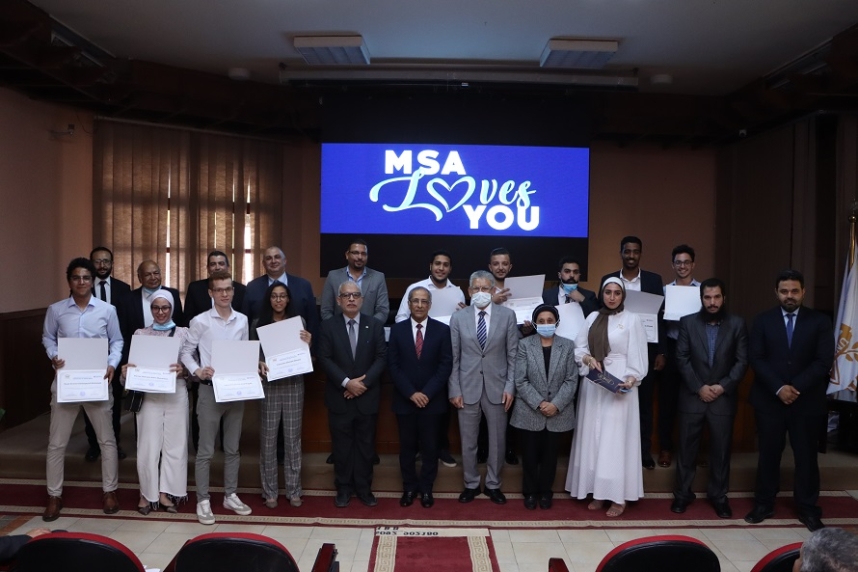 For winning the second place ,over the government and private universities, in designing Space Exploration Rover System during their participation in Universities’ satellite Project at Egyptian Space Agency.

The system consists of a Mobile Robot equipped with sensors and data acquisition modules to collect environmental data about the surrounding environment, such as, humidity, temperature, metals, images. The robot is also designed to detect and maneuver obstacles.

The other part of the system is a graphical user interface as the ground station of the system to communicate and monitor the received data from the robot, as well as command the robot to carry out other tasks.

The ground station receives the collected data from the robot during its operation as well as telemetry data about its vital components' health and processes it into readable information that can be comprehended by the operator via a GUI.

Moreover, Faculty of Engineering has honored an individual success achieved by the Students Kenoz Hossameldin for winning the second place in Siemens Training “Best-In-Class” Program 2021